First-ever document sets a milestone for an extraordinary period of growth for the international open source health community and presents a vision for the future.

INDIANAPOLIS – Feb. 25, 2016 — OpenMRS®, a free and open source health IT software platform built by volunteers around the world, is marking the start of its second decade by releasing its first annual report for 2015. The document highlights the achievements of the open source community in the past year, improvements to the OpenMRS software, and lays out the strategic goals for 2016.

For over 10 years, people around the world have leveraged OpenMRS to improve health status and achieve health equity through the use of health information technology. OpenMRS is a global leader in open technologies and open standards in healthcare. That leadership has led to international recognition by both technology and health-focused organizations and has been demonstrated by the large gathering of Health IT thought leaders who participate in its community. 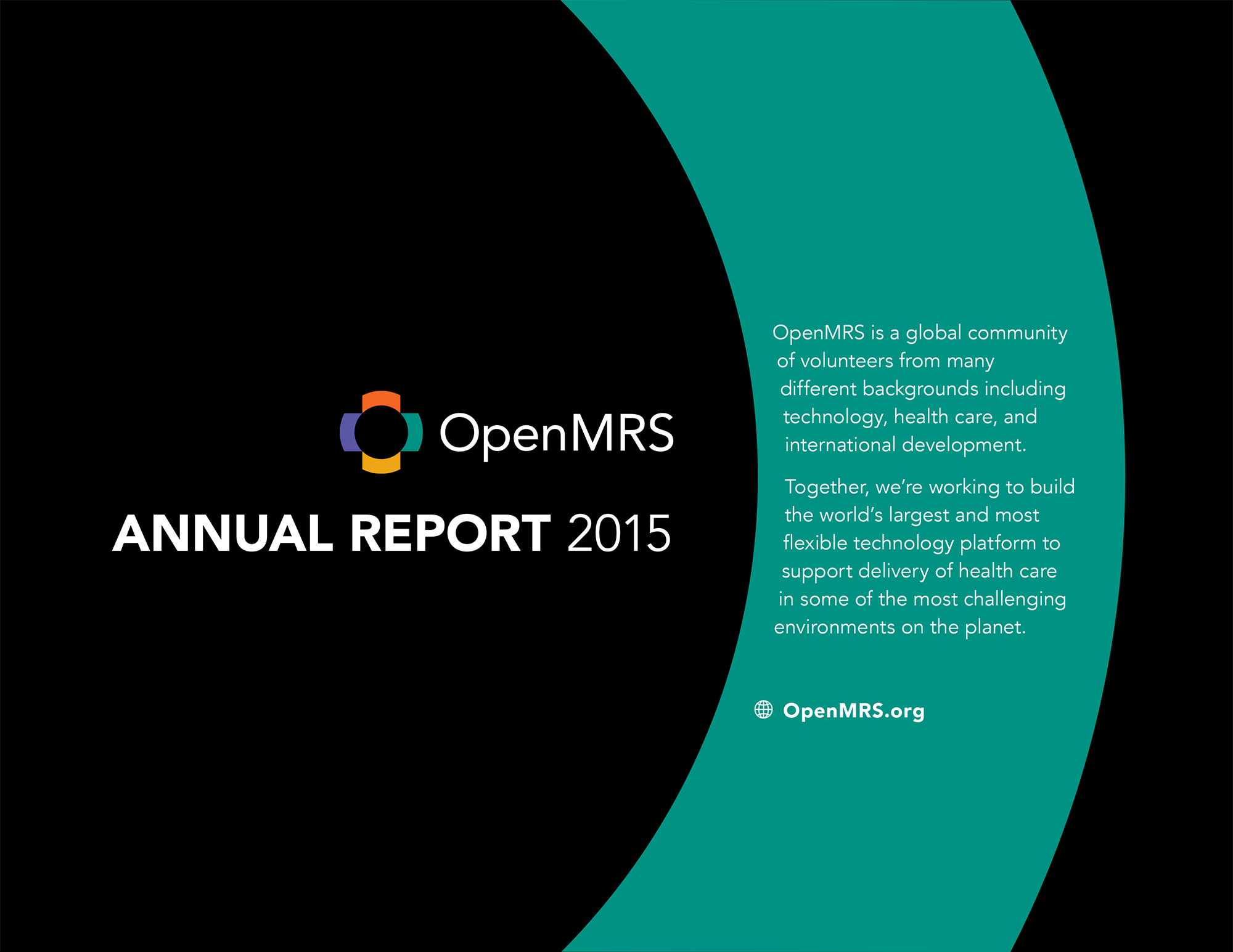 OpenMRS started in a single clinic in Western Kenya ten years ago. Since then it has grown into a global health IT solution with implementations in more than 80 countries and translations into multiple languages. Based on documented reports, OpenMRS is currently in use in 1,149 locations around the world. Local health care providers have leveraged OpenMRS to improve medical care for over 5.1 million patients. In addition to primary care, the software is employed to assist in the delivery of healthcare for patients suffering from HIV, tuberculosis, malaria, Ebola, and diabetes. It is also used in to provide maternal & child care. More use cases are being continually developed by the open source community.

“This annual report allows us to demonstrate in a very real way the amazing things being done throughout our community. And importantly, it shows organizations interested in supporting us our 10-year record of being good stewards of our resources,” said Dr. Paul Biondich, a co-founder of the project and executive director of OpenMRS Inc., the non-profit organization chartered to support the project.

The report includes a snapshot of the community’s 13 software releases in 2015, as well as the rapidly-increasing growth of its base of volunteers. It highlight the efforts of its many individual and organizationally-sponsored contributors and the impact they have had. This growth has led to the need for improved governance and strategic planning for the OpenMRS project. In order to manage the extraordinary growth of the project, a series of strategic took place during the year. This led to set of six strategic goals that the OpenMRS community will undertake during 2016.

The report “sets the stage for our community to clearly communicate our strategies from year to year as well as our ability to deliver on those goals,” according to Indiana University’s Dr. Theresa Cullen, an OpenMRS volunteer who helped lead the annual report effort.

Beyond the publication of this annual report, the OpenMRS community has committed to utilizing a set of metrics to measure both the health of the community as well as its impact in improving healthcare around the world. These metrics, together with regular public reports and engagement with the community, mark a new chapter of growth for OpenMRS as it strengthens its sustainability in the face of unprecedented international health challenges.

More information about the annual report, as well as print-ready PDF copies, are available online at http://go.openmrs.org/ar2015.

OpenMRS started in 2004 as a free and open source medical record system for developing countries. A volunteer organization, its community nurtures a growing worldwide network of individuals and organizations all focused on creating medical record systems and an implementation network to allow system development self reliance within resource constrained environments. Since launching in a single clinic in Kenya, OpenMRS has been implemented throughout the world, including places like South Africa, Philippines, Haiti, Rwanda, Lesotho, Uganda, Tanzania, Mozambique, Sierra Leone, and many more. For more information, visit http://openmrs.org/.

Posted on February 25, 2016 by Michael Downey in OpenMRS Blog, Organization

Follow us around the web to stay up-to-date with the OpenMRS community:

What Quality Assurance Tools Have the Potential to Enhance Our Current QA Practices?

Google Summer of Code 2020 Students Selection has been announced!